Largely misunderstood, dyslexia affects anywhere from 8-17% of the population. It is highly heritable, with anywhere from 25% to 65% of children with dyslexia having a dyslexic parent. The prevalence rate among individuals with an affected sibling is about 50%.

Contrary to popular belief, dyslexia is not reading letters or words backwards. According to The International Dyslexia Association, Dyslexia is:

“… a specific learning disability that is neurobiological in origin. It is characterized by difficulties with accurate and/or fluent word recognition and by poor spelling and decoding abilities… Secondary consequences may include problems in reading comprehension and reduced reading experience that can impede growth of vocabulary and background knowledge.”

Dyslexia can affect the fluency and comprehension of written material in many ways. For example, people with dyslexia may have difficulty with phonemic awareness, such as breaking down the sounds of letters; trouble segmenting words, like seeing “teac-her” instead of “teach-er;” and struggle with rhyming problems and poor automaticity of sight words (such as “the”).

Features of Dyslexia Include:

Substantial research has found differences in dyslexic and non-dyslexic brains, confirming that it is a neurologically-based condition.

ADHD and Dyslexia share many features, such as information processing speed issues, working memory deficits, naming speed, motor skills deficits, and subtle cerebellar abnormalities. They can often be confused at diagnosis. If someone has both ADHD and Dyslexia, symptoms of both are exacerbated and can result in major self-esteem problems and treatment challenges. 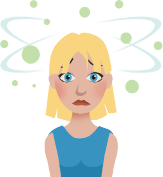 Get Your Free Guide

Make it Easier for Yourself

Get each week's newest tips, articles & videos delivered to your inbox.

Click to Read, Watch or Listen to posts about managing school related issues.